A room of one’s own

In April 2013, I posted about Austin moving into his new bedroom. He and his sister are lucky. Just because they happen to have been born here, in the UK, they live in a safe, secure place. As a family we enjoy a lot of good times together, and we have just travelled back from a relaxed, sun-filled holiday – via Calais, past all the refugees who are desperately trying to keep their lives intact.

Austin and Gwen asked us why there was a queue of lorries that went on for miles, just outside the ferry terminal. We explained a little, but we kept the more gruesome facts to ourselves. At five and three, they’re too young to know about war, terror, and children dying at sea. As their mother, I only hope they’ll never face these sorts of dangers. I can’t even begin to imagine how those poor families feel right now.

I wanted to share my original post again, as it sums up the feelings I’ve always had about migrants and refugees. They’re people, just like us, who want the best lives for themselves and their children. Compassion is what’s needed; and that’s often been lacking in the past.

If you’d like to help (via Save the Children), you can:

Medecins Sans Frontieres at Sea and the British Red Cross also have appeal funds for the current refugee crisis. For other ways to donate or get involved, there is a helpful page on the Independent website. 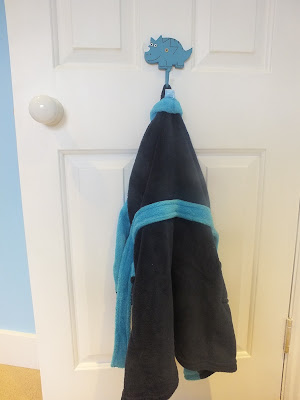 Watcharapom, from Thailand, loves his toy bikes. Chiwa from Malawi and Orly from Texas are both into dinosaurs. And Italian Alessia’s favourite toys are a set of plastic gardening tools.

Recently, I came across these incredible photos by Gabriele Galimberti. Published on photography website featureshoot, the collection is called Toy Stories and was taken over 18 months. It features children from around the world, with their most prized possessions.

What struck me is how easily each set of toys blends in with its setting. Alessia’s gardening tools were proudly displayed next to the cows on her family’s farm. Tangawizi’s monkey sits happily in the boy’s Kenyan home, and it’s likely that real monkeys play not too far away. Albanian Julia’s collection of dolls stand jauntily in her pink bedroom, complete with its butterflies and bows.

A child’s prized possessions, and the things they hold dearest, come from the places they play in every day; they are given to them by the people who surround them with loving care.

This weekend, Austin moved into his new bedroom. It’s the first time he’s had a say in the decoration and furnishing.

The paint he chose is little-boy blue. On the wall is his favourite poster, a collection of dinosaurs bought for him on his second birthday by our friends Tom and Peter. Above his bed we’ve hung a picture of a red routemaster, a bus that until recently drove the streets of our home city, London.

Austin may end up travelling, and could settle somewhere very far from here. But, for now, he is a little boy of the western world. Like the children in Galimberti’s pictures, he’s developing his identity surrounded by familiar objects; things that come from the world he lives in, and which he has chosen to name as ‘his’. 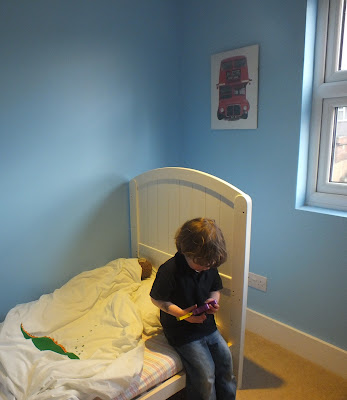 Austin is lucky, but many youngsters grow up without the comfort of well-known surroundings. Children of refugees, in particular, suffer from the loss of the place they called home. Even worse: if their parents are detained on entering the country, the effects on the child can be devastating.

In April 2013, when I originally posted these words, Bail for Immigration Detainees had just published ‘Fractured Childhoods: the separation of families by immigration detention’. It describes the effects of parental detention on children, including that “children lost weight, had nightmares, suffered from insomnia, cried frequently and became extremely isolated during their parents’ detention”. Not all of the detained parents had even committed any crime. And, of those who had, most were non-violent or immigration-related crimes, like possession of false documents.

An editorial from the Guardian in the same year stated that: “The overwhelming proportion of migrants come to this country to work, create wealth and pay taxes, not to live off benefits to which they are not automatically entitled or seek treatment on the NHS on which, as predominantly young people, they do not greatly depend.”

But migrants and refugees have often been demonised in our country.

Haringey Migrant Support Centre is one of a dwindling number of organisations that tries to reduce the isolation that refugees and their families often feel. They give advice to people who have left their homes out of desperation. Many of the centre’s visitors are homeless; all are destitute.

Haringey Migrant Centre’s facebook page has lots of interesting links that give information about migrant families, and debunk some of the vicious myths spread about people who come to this country out of real need.

The current crisis is appalling, and I hope that, once it dies down, there will be a change in the way migrants are seen. Not as shifty foreigners, who want to spoil our own quality of lives here in the UK. But as mothers, fathers, daughters and sons. Just like us.

Heading out for the horizon

Incredible tree on our family walk earlier. We saw

(ad) WOW! When I was playing round with the new ap