For the love of Brand….it’s Blogfest

It’s taken me a while to write about Mumsnet Blogfest 2013. After what felt like a year’s worth of excitement packed into one day, I needed to take what my yoga teacher calls a ‘restorative pose’. The idea is that you lie down for a while, to let your body recover from all those thigh-torturing down dogs and neck-crunching shoulder stands. To absorb the benefits of being stimulated in all the right places.

Blogfest was a whirlwind trip into a land inhabited by zeitgeist-fuelled speakers; feisty, inspiring bloggers; and gin. Lots and lots of gin.

BOOM: kicking off with a discussion of rape and bomb threats, cyber trolls and the legality of attempts to stifle online bullying. All played out through the visual spectacle of an electro-magnetic repulsion/attraction double-act on stage. The tension between crowd-ruling Stella Creasy and cartoon bad guy Toby Young was a bigger jolt to the brain than anything Starbucks could ever hope to serve up.

BOOM (BOOM): crying tears of laughter as The Real Jon Ronson, with inimitable deadpan panache, told the story of how he confronted his Twitter alter ego, and vanquished it following a knuckle-bitingly post-postmodern discussion with three lovable but entirely deluded geeks.

BOOM: lunching with Maddie Sinclair, and hearing first-hand about her involvement in the Izzy Dix Memorial anti-bullying campaign.

BOOM: listening to Jo Brand tell a crowded auditorium how she publicly outed a CEO of a Fortune 500 company as someone who’d whisperingly called her a ‘c**t’, and thought she’d be cowed by this horrid bit of misogyny. 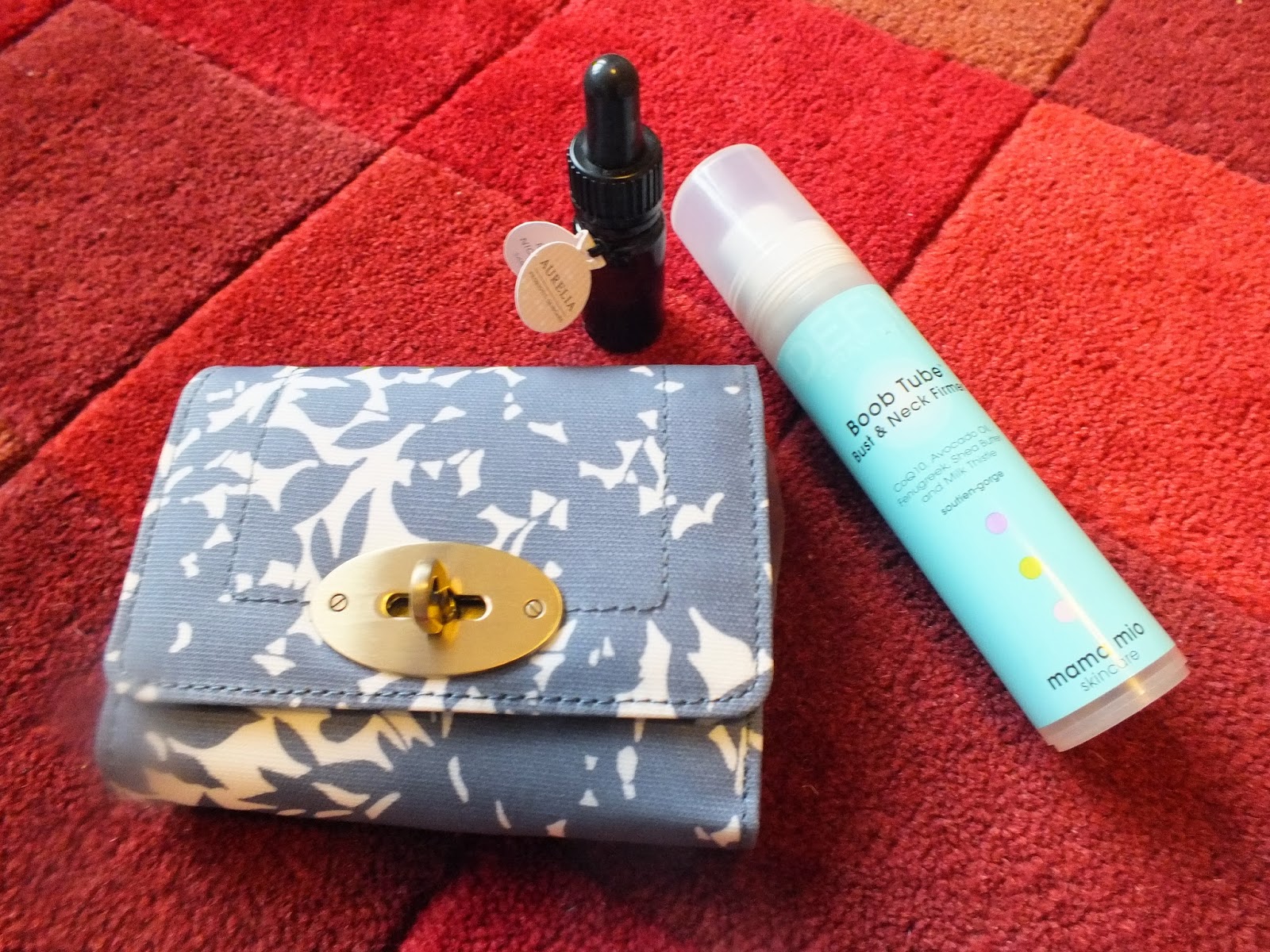 BOOM: gin cocktails, served graciously, liberally and freely by Mark Warner holidays, from morning till the time they kicked us out of Kings Place, into the chilly London streets. Armed with the most generously packed goody bag I’ve had the pleasure of lugging home.

Aside from a stylish new Boden purse, boob-firming lotion and some delightful smelly oil from Aurelia (which I’ve been rubbing into my face before I go to bed each night), I came away with plenty to think about.

For me, the most enjoyable panel discussion at Blogfest (and possibly my favourite of ALL TIME), was the session with Cassandra Parkin, Rosie Fiore, Lionel Shriver, and AL Kennedy.

Shriver, of course, was great value. Even her choice of footwear was remarkable; the multitude of audience comments on her pink wellies threatened to bring the Twitter wall crashing down. But a new discovery for me was AL Kennedy. I’d come across her fleetingly in the Guardian, but in the flesh, she was a curmudgeonly bundle of pithy, sage one-liners which felt as though they cut to the heart of what writers ought to be doing.

Write with love for your audience. Bear in mind that, in writing, you are doing something that is the opposite of dying. You are keeping someone company. Close company; being read by someone, and thereby entering their head, is the most intimate intrusion you can make.

(I’m paraphrasing, from the furious scribbles I made while listening in awe to all this).

I left feeling as though I’d been in the presence of a great writerly oracle.

In a flat cap.

I’d been eagerly anticipating the closing discussion, ‘can you be a Mummy blogger and still be a feminist?’. I posted last summer on this subject, and the panel line-up included some of my favourite commentators. After a promising start, with Charlotte Raven shrieking a (faux?) provocative ‘NO!’ to the question, ‘can you be a feminist and wear high heels?’, the debate was derailed by what seemed to be a misunderstanding. Sarah Ditum (whose writing I’m a big fan of) said she felt she was a better mother for having carried on with her pursuit of qualifications, rather than staying at home to look after her child. Some people in the audience took that to be an attack on mothers who are unqualified, or who stay at home to look after their children. A huge slanging match ensued, and the panel members slunk off in what felt like disgrace. Which is a huge shame, as they should be applauded for throwing some succulent bones into the feminist thrash-pit during their forty minutes or so on stage.

I have a feeling we’ll still be gnawing on them for months to come. 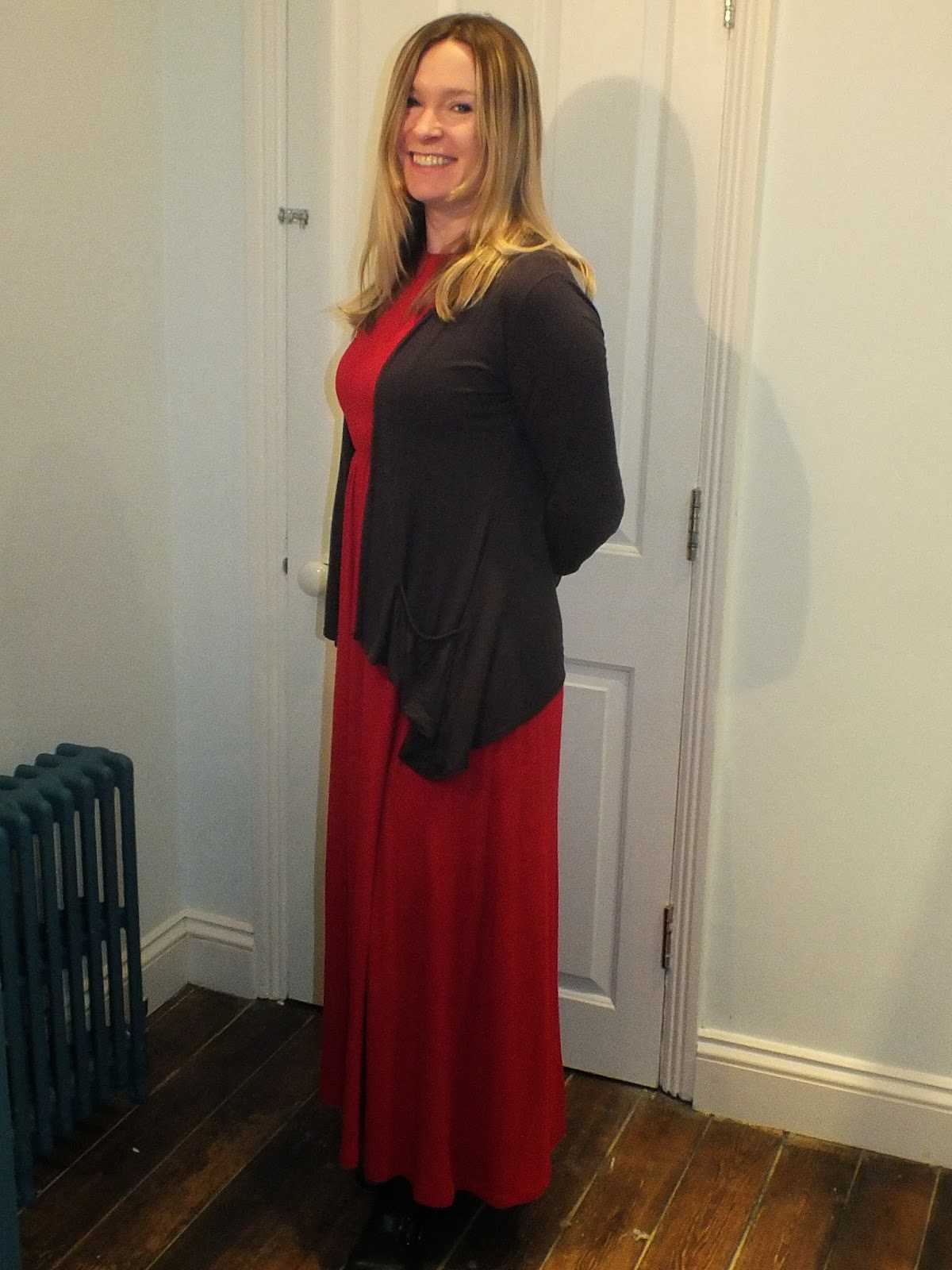 My biggest thank-you of the day goes to Mummy Barrow and Emily Leary, both of whom I was lucky enough to see in the Blog Clinic. This ran through the day and featured experts giving one-to-one advice on specific blogs. Both bloggers I saw passed on the sort of wisdom that social media consultants would normally charge £££££s for. In amongst all the good stuff, Mummy Barrow told me to see myself as a brand, and Emily suggested that I put – somewhere on this blog – a few more pictures of myself, with descriptions of what I’m wearing.

So: here it is, the first picture of Brand Nell@PigeonPairandMe. Shattered, at the end of her long day at this year’s Blogfest. In our bathroom, wearing a dress from Toast and a wrap from Primark.

It felt good to have glammed up for such a staggering, mind-flexing, blog muscle-stretching day.

I’m entering this post into a competition to win a holiday with one of the Blogfest sponsors, Mark Warner holidays. They asked us bloggers to give our top holiday tips.

I was wracking my brains for ideas until the other day, when four-year-old Austin, out of the blue, said of our Spanish holiday (taken last winter, many moons ago in the scheme of his tiny little life), ‘Mummy, do you remember when we found a crab in the sea, and put it in a bucket?’

He’d never seen a real-live crab before; still less found one in the sea, and captured it in a bucket. Come to think of it, I don’t think I’ve had many crab-in-bucket experiences, either. So, my advice to holidaymakers is: do something together that at least one of you has never done before. Seek out the extraordinary, in the safety of a well-planned break that caters for everyone’s needs. Come back from your holiday with shared memories of crabs, buckets, and laughter.

Just make sure those crustaceans aren’t of the nipping variety…..

For more tips on how to entertain the kids on your travels, the kits you absolutely shouldn’t leave home without and more, visit the Mark Warner blog www.markwarner.co.uk/blog

I’m linking this post up with Sarah Miles‘ and Diary of the Dad‘s linky:

Update: I found out on Friday 6 December that……I WON THE MARK WARNER competition! I’m still speechless with joy and excitement. Thank you to Mumsnet for picking this blog post as the winning entry…..happy, happy, happy.

Is anyone heading off to a snowy destination this

A highlight for us last summer was our trip to Dui