When I was 18 and planning my trip to a kibbutz, Grandma’s advice to me was, “Why don’t you go somewhere safe on your gap year? How about Scotland?”

My response? “I’ll go to Scotland when I’m 30. But right now I want to go somewhere adventurous.”

How carefree my scornful 18-year-old self was, back then. Travelling the world was easy. Plans could involve little more than stuffing a vest top and a pair of frilly pants into a rucksack.

It took me until the age of 37 to have a holiday in Scotland. And it did feel like a bloody adventure. The community nurse had only just stopped her daily visits to dress my caesarean wound, which had opened up and then got infected. Trekking from London to Ayrshire, with a breastfeeding three-month-old and a two-year-old still in the ‘jealous beast’ stage of infant development was just about the most arduous trip I’ve ever made.

Undaunted, for our next adventure with the Pigeon Pair, we decided to escape our building work and fly to Spain, for a self-catering holiday. 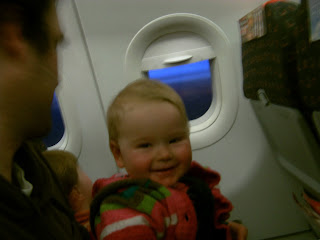 It ended up being a damn sight easier than travelling to Scotland.

Having a fully healed Mum, and an (almost fully) weaned baby helped. But a few other things also made the holiday run smoothly.

Flying with a buggy. Surprisingly (given that they charge for everything else short of trips to the loo), Easyjet allowed us to take our buggy for free. We wheeled it all the way to the plane doors, where it was whisked off into the hold. This meant Gwen could snooze while we waited to board, and we had more hands free to stop Austin galloping off to catch the next flight to Dubai.

Staying in a quiet fishing village (Benajarafe), rather than on a resort. The Daddy D and I are allergic to organised fun, so we decided to avoid the risk of ending up at the sort of place where perma-drunk Brits are corralled into karaoke contests by megaphone-wielding 20-year-olds. Austin didn’t need kids’ clubs, as he was excited enough about exploring the villa, or playing with locals on the beach. 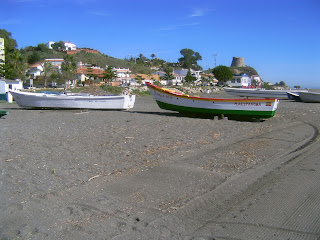 Travelling off season, so we could afford a place with enough space for us to relax in the evening. The villa we stayed in (which we found through HomeAway) was beautiful, and came with everything we needed: travel cot, high chair, massive bag of toys, cable TV…ok, apart from CNN none of it was in English, but Austin still enjoyed watching Mike the Knight gadding about in German. As it was the south of Spain, even though we went in January the weather was still warm and sunny enough to make it feel like a ‘proper’ holiday. 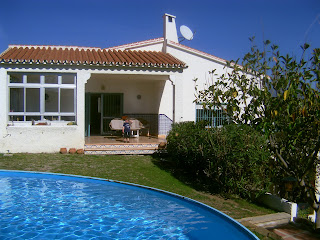 Hiring a car from a company recommended by the villa owners. The area around Malaga is notorious for car hire rip-off merchants, who advertise low prices then add clauses in the small print which mean you end up paying a fortune. We used Patry Car, and paid a fraction of the cost advertised by Eurocar and the like. No hidden charges, either.

Using a babysitting service (provided by the villa owners). We’d never met her before, but the dimpled cheeks of the Spanish answer to Mary Poppins reassured us we’d be safe in leaving our little ones for a couple of hours while we downed some tapas and vino tinto. It also gave me a chance to ogle some jamon. 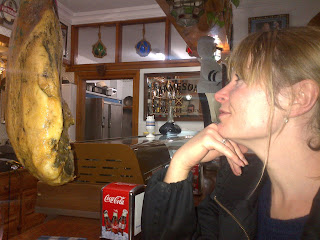 Spain. If Scotland’s too much of a challenge, why not give it a shot?

Read more about Spain in our post on a rail journey through Asturias, Spain.

Do you have any Spain travel tips for families with young children?

Things to do in Bergen, Norway: visiting Troldhaugen, the Edvard Grieg Museum

A morning at Gouda cheese market, Holland, with Lego and Smurf ice-cream

The House Where Winter Lives: a Punchdrunk children's performance not to be missed (review)