The kindly cabbie: Our Time of Gifts week 18 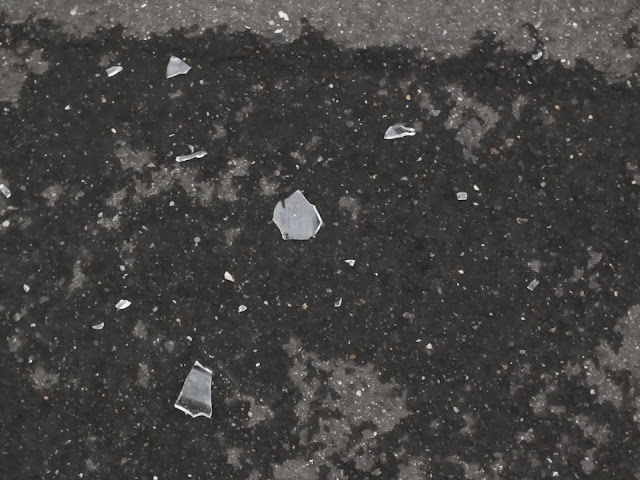 This week, shattered glass lay strewn over a stretch of path in our park. And Austin fell in it.

He was belting down from the top of the hill towards the river, eager to dig out pebbles the perfect size for throwing and splashing. One of the larger shards of glass must have caught his wheel; or he simply tripped, as he often does. Either way, the piece he landed on sliced through his trousers and into his leg. Blood fell from the short but deep gash, dripping in large blobs onto his blue wellies.

His little sister, in sympathy with Austin for his ‘berry dore’ leg, echoed the wail. I felt like joining them, but realised that a cacophony of shared familial sorrow wasn’t going to get the three of us back up the (very steep) hill, and home to hot water, antiseptic and plasters.

Have you ever tried carrying an almost-four-year-old with one arm, while steering a buggy with the other? I gave it a try, but those children are heavy. Even now, two days later, if I lift anything heavier than a carton of orange juice my right arm displays a tremor to rival the staunchest of alcoholics.

But there’s one thing I’ve realised about being a parent: when the wellbeing of your children is at stake, you can do much more than you ever realised – physically, and mentally. I could have carried chunky Austin, and pushed Gwen up the hill, out of the park, and down the streets to our home. I could have done it; but afterwards, I would have been a wreck.

And, as it turned out, I didn’t need to. When I reached the park exit, as if by magic a black cab pulled up, and the driver offered me a lift to wherever I needed to go. For free. He’d seen me struggling to transport the two children, turned round his cab, and come back to help.

So, we rode back to our doorstep in warmth and comfort, and the cabbie kept a respectful distance while I hoisted the children safely inside.

I wish I’d taken a note of his name or registration, as I’d like to thank him. He reinforced my belief that London, this city that many people claim is unfriendly and full of hostility, is home to some of the most giving people I’ve met.

As for the glass, I reported it on fixmystreet.com, and now it’s gone, either through the Council’s efforts, or those of a conscientious inhabitant of this little corner of south London.

This week, my free cab ride was a gift I gratefully received. And, on our part, we gave some tins to the local Food Bank, via a collection at Austin’s school.

I’ve written elsewhere on Our Time of Gifts about our donations to the Food Bank. My feelings haven’t changed. The problems that have led to so many people being forced to accept food aid, are becoming even more deeply entrenched. But, with so many desperate mouths to feed, I still feel the need to give in this way.

Our Time of Gifts is my year-long adventure in sharing. Each week, I will loan or give something away, then see what the universe brings to my doorstep….

Click here to find out more about Our Time of Gifts.

Have you given away, or shared anything recently? Do you have a gift-giving story to tell? I’m putting together an Our Time of Gifts round-up for 12th November, and would love it if you could tweet me @NellHeshram (or email nellheshram@gmail.com) by 9th November with your posts. I’m dying to read them.

Incredible tree on our family walk earlier. We saw

(ad) WOW! When I was playing round with the new ap