Imagine a world without Scooby Doo. 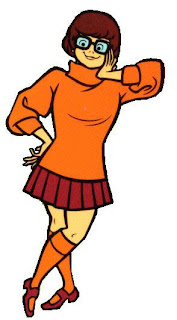 For our Austin, the show is everything. He frequently demands we ‘spliddup and look for clues’. He’s developed a verbal tic around the word ‘like’, in true Shaggy style (it’s like, groovy, man…). And his favourite term of address is ‘hey, you guys….’

I’ve enjoyed having our winter brightened up by these little nuggets of 1970s Californian argot. But should I be concerned that, for the last year, Scooby Doo has (by a long way) been top viewing choice for Austin? He’s had brief dalliances with Tree Fu Tom, Mike the Knight and Thomas the Tank Engine, but he’s always returned to the good old Mystery Gang.

I remember my own love for Scooby Doo. The never-ending parade of (fake) monsters and creepy ghouls fed my insatiable interest in all things supernatural. And now it seems to be contributing to Austin’s vivid imagination.

But the era that brought us this spooked-up version of The Famous Five, also delivered such horrors as Till Death Us Do Part and Captain Caveman. Although the male-female relationships in Scooby Doo aren’t as barbaric, do we really need our children to have role models like Aryan gym bunny Fred, or limp-wristed prom queen Daphne?

But wait: there’s Velma Dinkley.
The girl (woman?) is uber-cool. She must be one of the biggest sartorial influences on our age. Where would we be without the original purveyor of geek chic?
Anyone who loves Scooby Doo, learns from Velma that smart is hot. It’s she who solves all the mysteries. She holds down a ‘proper’, high-profile job (as a NASA research scientist, in the ‘Scooby and Scrappy Doo’ series). And all this is done without the need for romantic involvement.*
Velma Dinkley was my first girl-crush. I wanted to be like her. I wanted to be her. She was super-intelligent, had a great set of loyal friends, and was savvy enough to see the scary monsters for what they were: manipulative ploys, devised by immoral adults (who always got their comeuppance at the hands of Velma and the other ‘meddling kids’).
I’m delighted that Austin loves Scooby Doo, if only so I can renew my own acquaintance with Velma (and Scooby Doo’s magnificently varied array of baddies).
My only disappointment came when I asked Austin whether Mummy was more like Velma or Daphne. I waited with bated breath as he considered his answer. Did my son see me as a (slightly frumpy) brain, or as a vacuous glamour-puss?
“You’re not like either of them, Mummy.”
“You’re like Shaggy. Your hair’s the same.”
That’s like, brilliant, man…..

*Except in Scooby Doo: Mystery Incorporated. Which, as a series, is a travesty. Velma and Shaggy as an item, with Scooby as jealous onlooker? What a load of tosh. Luckily this is the only part of the Scooby Doo franchise that Austin doesn’t like, so we don’t have to watch it.

Travel tips from Spain (it's the new Scotland)

Sunday groovin' to the Monski beat